COVID introduced an unexpected variable in the investment scenario

Many entrepreneurs had to rethink their goals or directly look for new ideas. Knowing the investors and looking at the situation from their perspective is a necessary compass to chart a path in the middle of a complex scenario.

Is LATAM an attractive destination for VCs?

LATAM has been doing very well in recent years, resembling the Chinese phenomenon of a decade ago. From historically having 9 unicorns in the region up to 2020, we now have 21 and 5 more are already emerging. What’s good is that LATAM has a population bonus (young population) combined with its familiarity with technology and its innovation to solve real challenges through startups that offer products and services that provide access to health, financing, education, decent housing, drinking water and sanitation, energy, etc. The combination makes investors see the region as a new pole of innovation. For example, COVID has put the magnifying glass on the potential of development in foodtech / agtech / biotech and fintech, and everything that refers to the future of work, technological platforms for personnel recruitment, etc. 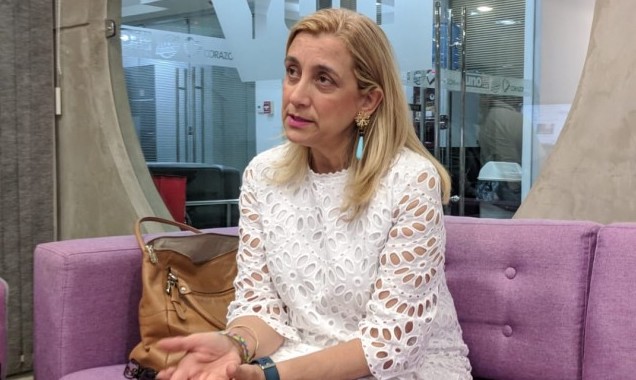 The Knowledge Economy is a developing sector in LATAM, what are the most attractive verticals for VCs? Are there other industries that are so attractive today?

Everything that supports digitization, incorporation of artificial intelligence and machine learning in processes makes a big difference. As they say in English, “data is king”: data helps you solve problems in sectors such as the countryside, education, health, access to credit, previously unthinkable. During this pandemic but beyond it, we see an emphasis on resilient sectors, which are the MUST HAVEs and not the NICE to HAVEs that you drop the moment a crisis unfolds.

What is the role of the organizations that bring together VCs in LATAM to strengthen this development?

All VC associations in Argentina, Mexico, Chile, Colombia, Peru, and the regional one, LAVCA, aim to disseminate good practices among their members (who are mostly investors or fund managers, with some associate members offering services such as lawyers, auditors) or fund of funds or government agencies that support the industry. Local associations are tasked with working with regulators to improve the environment for entrepreneurship and investment.

These organizations are very active, recently the Argentine Association of Private, Entrepreneurial and Seed Capital (ARCAP) released not only its report every six months from the industry but also a gender report, which as you know is a subject to improve in the industry; also the Peruvian Association (PECAP) and the Chilean Investment Fund (ACAFI) presented their annual reports recently.

You began working in investment programs in seed and venture capital funds since 1999. Looking back, what are the main milestones and what are the biggest challenges in terms of entrepreneurial development in the region?

The ecosystems were very fragmented, today they are already better but there is still much to be done in the integration of public and private actors, the role of universities and research so that they move to the commercialization of their ideas, that regulators, lawyers, auditors understand this asset class, that there are more angel investors who support the early stages of a startup and that there are more investors supporting investment funds so that they in turn support startups and can continue to finance them when they become scaleups.

Governments sometimes do not understand the power of venture capital as a tool to democratize access to financing for entrepreneurs and generate value in the country’s economy. Think, for example, what Globant and Mercado Libre, two that began as startups, have meant for the Argentine economy and later for the regional one. According to an IDB study, a dollar of investment in VC can yield between 4.4-6.4 dollars of social return. It is important to understand this impact in order to support companies.

What young LATAM company surprises you with its development and its impact on a social and economic level?

Many, in Argentina, Agrofy that has already expanded to Brazil, attacks the problem of farmers with technology and stands out very well.In Mexico, UNIMA is a young company founded by Laura Mendoza that is making kits for different diseases, including COVID. Pia Garat from Eolo-Pharma in Uruguay attacks the issue of diabetes and obesity. Mamotest in northwestern Argentina that makes breast cancer diagnoses to populations that do not have access to private hospitals. These companies are trying to solve real societal problems that are not unique to their province or country and if they can scale, they could have a global market. Uala and Nubank in fintech are other cases, VU in cybersecurity, Satellogic and its potential to help solve problems through the information acquired by their satellites.

Which LATAM country or what public policy do you consider that its implementation favored the development of the entrepreneurial ecosystem?

Undoubtedly, many years ago the example was Mexico, and I hope it continues to be so, with the creation of a fund of funds that hired a private sector administrator to co-manage the fund, allowing the funds to have foreign jurisdiction and invest part of its resources outside of Mexico. The AFORES (Administradora de Fondos para el Retiro) in Mexico are also beginning to invest in this asset class. Colombia also has its fund of funds and relevant policies, and also the Argentine government did a lot in the previous administration and I hope it continues. That support drove the decentralization of the industry and the creation of many entrepreneurship programs in provinces outside of Buenos Aires.

You launched We Invest LATAM together with Marta Cruz, what can you tell us about that project?

WeXchange was born from the idea of ​​bringing together members of different entrepreneurial communities in the same place, with two objectives: to recognize and strengthen women entrepreneurs and connect them with mentors, investors, role models and other successful entrepreneurs. The platform emerged in 2012, within the then Multilateral Investment Fund (MIF) of the IDB. Monica Pina Alzugaray (now an entrepreneur in Germany) and I took on the challenge of applying a gender lens to investments in MIF venture capital funds, to understand how to improve the ratio of investments that reached companies with co-founders. After much work, the focus became clear: women entrepreneurs needed to strengthen their contact networks, receive adequate mentoring for their needs, training to improve their skills, and be given the opportunity to present their companies to investors.

At the end of 2019, Marta and I agreed that we needed a new platform that could act as an umbrella for other initiatives and activities related to the entrepreneurial and investment ecosystems, where these initiatives would “talk”, interact and continue the great objective of counting with more high impact women entrepreneurs, as well as many more women investors with decision-making power within venture capital firms, such as angel investors, and / or institutional investors. This is how the idea of ​​creating a specific group for women investors in LATAM arose. LAVCA had already started a few years ago a Directory of women in VC / PE funds but it was not a community. And in this way, WeInvest was born, first as a WhatsApp group to connect the investors. But the idea was more ambitious and we started, in the middle of COVID-19, to have webinars to discuss issues, we organized a Pitch Day where 5 entrepreneurs made their pitch to more than 30 investors, and today we are starting to add more investors to our Board such as Meghan Stevenson-Krausz and Sylvia Chebi to continue growing the initiative.

The launch of WeInvestLatam wants to respond to the need to know who are the women with decision-making power to invest in Latam, make them be known by others, connect them, make available the tools so that they can interact, share knowledge, and increase deal flow, “marrying” thus ” WeXchange ”with“ WeInvestLatam”. All with a clear purpose: to become stronger, inspire others to become Angel investors, join funds as partners, and / or develop their own funds. In this way, we’ll have women on the other side of the table when entrepreneurial teams led by women go out to seek capital and thus the ratio of capital raising by them will improve. Now to strengthen high impact entrepreneurs, there is WeXchange and to have more women investors, there is WeInvestLatam!

Many entrepreneurs are going through a critical situation and those who received funds will have to make an effort to keep the attention of the VCs. What points should they reinforce in the relationship with their investors at this time?

Show that more than ever they have a team that understands the effects of this pandemic for years to come and how the world has changed, have a startup that offers a relevant service or product for the day to day (not a NICE TO HAVE), be committed and demonstrate to the investor that they know how to cut superfluous expenses but at the same time they are prepared with enough digitization to face the challenges of today.

*Partner of Barrero & Larroude
The opinions expressed are solely the responsibility of their authors and are completely independent of the position and editorial line of Forbes Central America.

This article was originally published in Spanish on Forbes CentroAmerica >