In 2015, Jack Knellinger, having worked as a software engineer, teamed up with Dave Richards, and Will Poole to embark on a venture capital adventure. The trio discovered each other while working on some acceleration programmes. They were armed to teeth with passion for their goal. Their idea was to create a different approach to VC investments using fund managers.

So on their coming together, a company named Capria, which means, capital flow, was born. The name Capria represents what the three cofounders had in mind for their VC adventure. 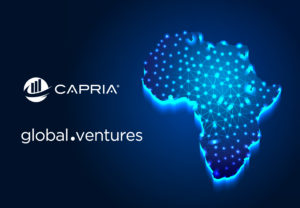 Capria’s playbook was shaped by experiences that Jack, Richards and Poole acquired while they worked in and outside their acceleration programmes. Jack’s time at Ashoka, the global network for social entrepreneurs, undoubtedly sparked his entrepreneurship gumption that has notably propelled Capria to growth.

Seven years later, Capria has become a household name in the global tech industry, with more than $1 billion invested in startups across the Global South – Latin America, Africa, and Southeast Asia.

In an interview with Tekedia’s Samuel Nwite, Capria’s Partner/Co-founder Jack Knellinger and Loraine Achar, the company’s Investment Associate, overseeing its business in Africa, shared some insights on Capria’s playbook, investments, and the future of Africa’s tech ecosystem.

Read the entire article on Tekepedia >