I started my VC investing journey in 1999 during the dot.com boom and subsequent bubble burst. Never did I imagine that I would witness the growth and consolidation that is happening today in LATAM. Especially since 2020, when the whole world entered a global pandemic. Contrary to predictions, VC activity has multiplied – look at this chart from the LATAM regional private capital association below- and the number of unicorns has only increased. LATAM is on the investors’ map looking for resilient businesses with steady returns Seriously. 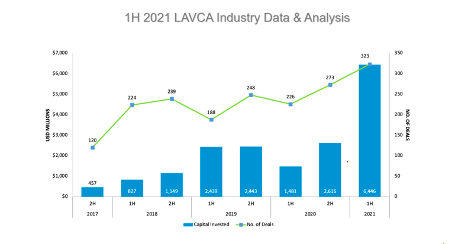 Quoting Marc Andreessen, “What we aspire to do is, invest in the startups that have really, really extreme strength in a long and important dimension,” I have witnessed the truth of these words. Companies operating in sectors where the need is suffered by millions have proven to also be the ones most attractive for returns.

For the first time ever, I see that many founders have the privilege of choice. As they choose from among potential investors, they go deep into analysing who provides smart capital and not just capital with no value add. The tide is turning and rightly so. This new breed of founders is fighting against being diluted! Empowered entrepreneurs are more energetic and efficient, which adds fuel to a growing economy.

Raising consecutive rounds of funding have become more frequent than earlier, and the increase in valuation from one to the next one is considerable. Examine this trend and be watchful for this to be grounded on real growth, not hype. Nobody wants to relive the internet bubble again. Some savvy investors are deciding not to invest in subsequent rounds when they see that the huge increase in valuation is not justified. Even if the company is in their portfolio. Others are switching their strategies to enter at earlier stages to avoid overpaying. Sanity in the market is essential.

Even with this hype, the Global South (LATAM, Africa, SE Asia and India) remains more competitive than Silicon Valley or China. To ignore this is to miss real opportunities. Sequoia is not missing any of these markets, read this.

Some of the latest unicorns: Clip, Mural, took much longer than those from companies founded in the last 5-7 years: Uala, Kavvak, Bitso. Technology hasn’t only lowered the costs of starting a company, it has also shortened the period for them to grow regionally and globally. Tech fosters scale faster.

Due to regulatory issues and poor macroeconomics, some soonicorns and unicorns founded by Latins and Africans are being captured as US or other countries’ unicorns, because the company was established outside the country of origin. This poses a problem for those who want to understand the potential of the Global South. We need to tell the stories of these entrepreneurs so the regions they come from don’t go unnoticed.

Funds are receiving investments from the entrepreneurs who they supported in the past. This is a new trend where unicorn or soonicorn founders are turning investors themselves. The “Rappi mafia” is not the only one thanking investors by investing in their subsequent funds. Those who get and then give are growing in the region. Not only past entrepreneurs but also reputed personalities like athletes, actors and others are joining as investors, as in the case of Notco (https://www.greenqueen.com.hk/notco-funding-unicorn/). This has been happening in the US with actors or musicians turned investors (Ashton Kutcher, Bono, Zoe Saldana), as well as others becoming entrepreneurs (Jessica Alba, Venus Williams, Gwen Stefani, Gloria Stefan). Now it’s beginning to happen in LATAM. Great. Where to find investors has become broader and more diversified; still the issue here is to make sure you have investors who provide smart capital to your cap table.

Family Offices are stepping up their investing game in LATAM, and some are creating funds or funds of funds. Kayyak is one example that comes to mind, from Chile but investing regionally. This is a relevant trend that can be a game changer for the industry.

There are funds that I seeded back in the 2000s and that are now on their fifth or seventh fund. So, investors now can see the track record and performance of the first-time fund managers of the early days. It is exciting to see DGF, Stratus, NXTP, Angel Ventures, ALLVP and others showcase a success trail, just to name a few! Resilience and focus pay off!

Exits or lack of them at all levels: funds and companies have haunted LATAM for years. The game has changed now. Some companies are going for IPOs and SPACs and can maintain value after being listed (which was not always the case in the past). Remain cautious but open-minded regarding SPACs.

The pandemic has shown the resilience of LATAM. Entrepreneurs pivoted their companies and many emerged stronger than before. The number of IPOs grew considerably, the amount of money that came to the region in H1 is more than the sum of 2019–2020 together, and the case for tech is made. Many funds were able to raise their funds during the pandemic and put the money to work, and investors adapted to the new normal of doing due diligence via Zoom, Google, Teams, – just name it. Like never before, there is fresh money to be allocated, and opportunities abound. 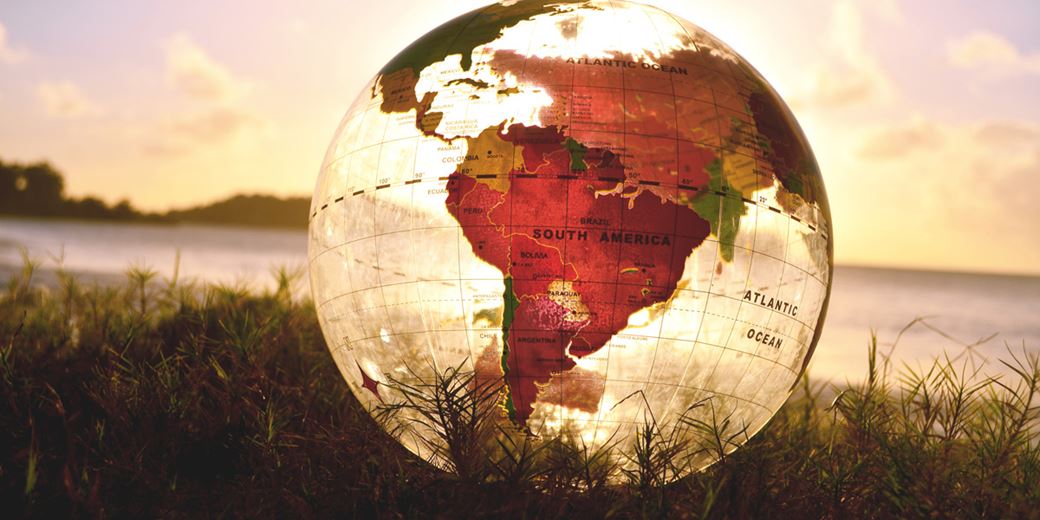 I have seen a growth — although still a long way to effectively channeling more money to women STEMpreneurs — in the number of women in funds as associates, founders, partners, members of investment committees, family offices, etc. As co-founder of WeInvest LATAM, I feel proud of this progress and conscious that the gap still is relevant and needs more commitment from the VC community.

LATAM and Africa are shedding the lingering association with being just clone regions. Recently, I read an article and fell in love with the last sentence in this article https://lnkd.in/d3rka45n, quoted from Softbank partner Nyatta. The quote refers to innovation in LATAM and the difference with SV, but my experience says that it can also apply to other hubs in the Global South. And what about this other opinion by QED investing in LATAM?

Solving a problem in Latin America means you have to solve the entire problem, not just a piece of it, like you do in the US. If you succeed, you can build gigantic companies.”

We need to speak with more conviction about how we innovate in emerging countries.

Sometime back, I wrote about LATAM’s own brand of innovation, which I named “HECHO EN LATAM/MADE IN LATAM.” Being at Capria, a fund investing in the Global South, I see that this is applicable to other regions that have common challenges and therefore similar scope of success. What’s this recipe for success? It is based on three key ingredients:

Combined with these three ingredients is a large section of frustrated entrepreneurs who are witnesses to the challenges of their cities and communities. This frustration drives them to create innovative solutions that facilitate access to better education, health systems, and financing that effectively democratizes access to basic services for all citizens. They are eager, energetic and explorers. They create new ways to fertilize the fields and predict natural disasters, to take care of the cleanliness of the oceans, to provide domestic workers access to micro-loans, to improve health for all, and to use telemedicine to serve rural populations.

These new and different breeds of entrepreneurs are interested in both making money and improving the lives of others.

Remember that no one is better qualified to find a solution than the individuals who have lived amongst the problems.

The scenario is promising, but Latin America and the Caribbean still need another ingredient for entrepreneurial ecosystems to consolidate and establish themselves as an innovative pole: inclusion.

In many developed countries, entrepreneurial capital is still seen as something belonging to a club of privileged white men, which makes inclusion a difficult component to incorporate. But Latin America could lead a new paradigm, becoming a region where the entrepreneurial capital industry is really a channel for the financing of ideas and young companies. Diversified teams, where men and women, of all socioeconomic backgrounds, of all ages, and from diverse geographies, bring together different visions and strengths.

So, is the glass half-full or half empty in the Global South? My friends, the glass is filling up!