Continuing my LP insider series, today I’m following up on last quarter’s topic, “Will job-tech be the next ed-tech?”, with some somewhat startling results from a recent survey I did of 20 leading early-stage and early-growth investors in the Global South. Before I tell you what I heard, I’d like to also share some interesting factoids we uncovered about global unicorn creation.

We did some digging in Pitchbook data, which is always interesting, and sometimes a bit frustrating, as they need much better international data. As of 2015, there were 75 unicorns in the world, and only 7 were in the Global South. Given the share of the world’s population that resides in the Global South (well over half), that’s not a remotely even distribution of unicorns. But things are changing: those 4 billion people consume, and their economies are growing fast. As of 2020, the Global South still accounts for around 10% of unicorns, but now there are fifty of them, 2/3 as many as there were globally in 2015. What does this tell us? It’s pretty clear that while delayed by some 5-7 years, the baby unicorn factory of the Global South is on the rise, and we’ll be seeing an exponentially-growing number of southicorns prancing around very soon. (Yes, I made that term up and I hope it catches on!) 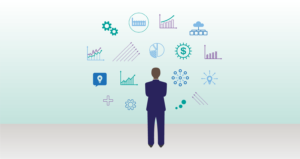 Deals Are Heating Up

My southicorn prognostication is backed up by our recent poll of 20 emerging managers across SE Asia, LatAm, and SSA. We asked about deal velocity, looking to understand how their experience compares to Silicon Valley’s white-hot deal frenzy that WSJ reported on in April. Given we are in the midst of a global pandemic that is disproportionately impacting emerging economies, we expected to get a fairly muted answer relative to deal speed and competition. But we didn’t. On average, survey respondents reported that 83% of first-ticket transactions they’ve done in the past 2 years had the rounds close quickly or rounds that were over-subscribed. And of our respondents, 17% reported having 100% of deals closing quickly or being over-subscribed! I’m pretty sure that if you were to have asked this same question 3 or 4 years ago, those velocity numbers would be much lower with only a few exceptions (for example, India’s eCommerce sector was white-hot until the micro-bubble burst).

We also asked our friends about the rate of change of deal velocity in the Global South. A whopping 94% said that velocity is increasing or increasing rapidly.

2020 and Q1 Highlights from the Global South

We had our annual LP meeting a few weeks ago where we asked our partners who cover each major region to pull together a few relevant highlights at the macro level in their markets. Here are their points of interest.