Throughout her life, and after two decades developing Latin America’s venture capital industry, Susana García-Robles has learned that women’s empowerment is not something you talk about — it’s something you do.

Growing up in Argentina with two sisters raised by their mother and grandmother, “nobody ever told me there was such a thing as advocacy for women,” García-Robles told AQ. Rather, “my mother just said, ‘You’re going to get to where you want — just go for it.’”

It was a “visionary” manager at the Inter-American Development Bank (IDB) that showed young García-Robles what empowerment looks like in practice. 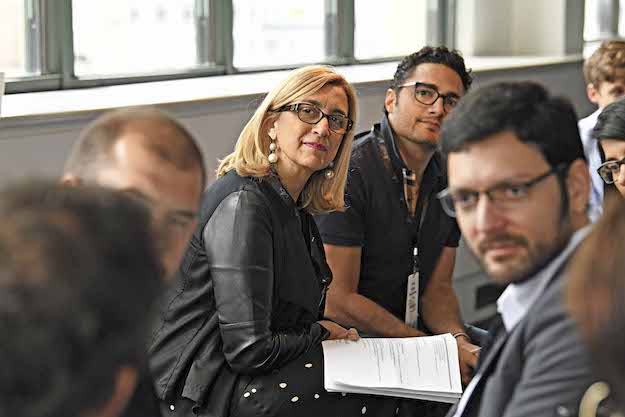 “My boss was somebody who allowed me to spread my wings,” she said. “He never told us to advocate for women. He put it into action.”

García-Robles spent 21 years at the IDB’s Multilateral Investment Fund — now known as IDB Lab — advising governments and investing in seed and venture capital funds all over Latin America. What she saw was an investment ecosystem that was failing women entrepreneurs. In 2012 she decided to commission a pioneering study on the challenges for high-growth women entrepreneurs in Latin America and the Caribbean.

The findings pointed to a clear problem: Women lacked the professional networks that successful entrepreneurs needed to grow. García-Robles then co-founded WeXChange, a platform under the IDB umbrella that connects women entrepreneurs with mentors, investors and other entrepreneurs. In 2019, she partnered with Marta Cruz of Argentina’s NXTPLabs to create WeInvest for women investors.

Just as the coronavirus began disrupting the global economy, García-Robles left the IDB in March to join the investment firm Capria and the Latin America Venture Capital Association as executive adviser. And she’s optimistic that women entrepreneurs — and the “holistic view” they bring to the table — will be vital to bringing Latin America out of these crises.

“Women are good with having less money and making miracles,” García-Robles told AQ. “We just have to highlight them.”

This article was originally published on Americas Quarterly >